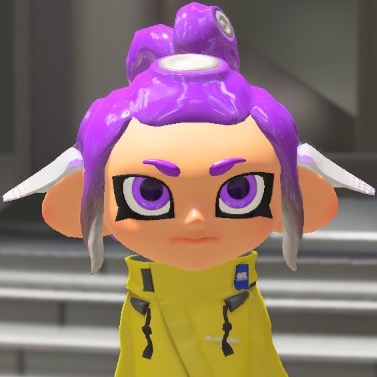 recently, i've been working on my little splatoon stats tracker. it's a little static site built with eleventy.

everything starts with the uploader. right now, i just have the uploader running on my macbook, but i eventually want to move it to another server and trigger it over http so i can trigger an upload from my phone. the uploader uses nxapi. it starts by downloading the most recently uplaoded data file from backblaze b2 to find the last uploaded battle id and then retrieves all the new battles from splatnet 3. it uploads the raw splatnet 3 json back to my backblaze b2 bucket and then sends the new battles to stat.ink. i use stat.ink for some deeper analytics sometimes and so that my battles can be included in the public data. 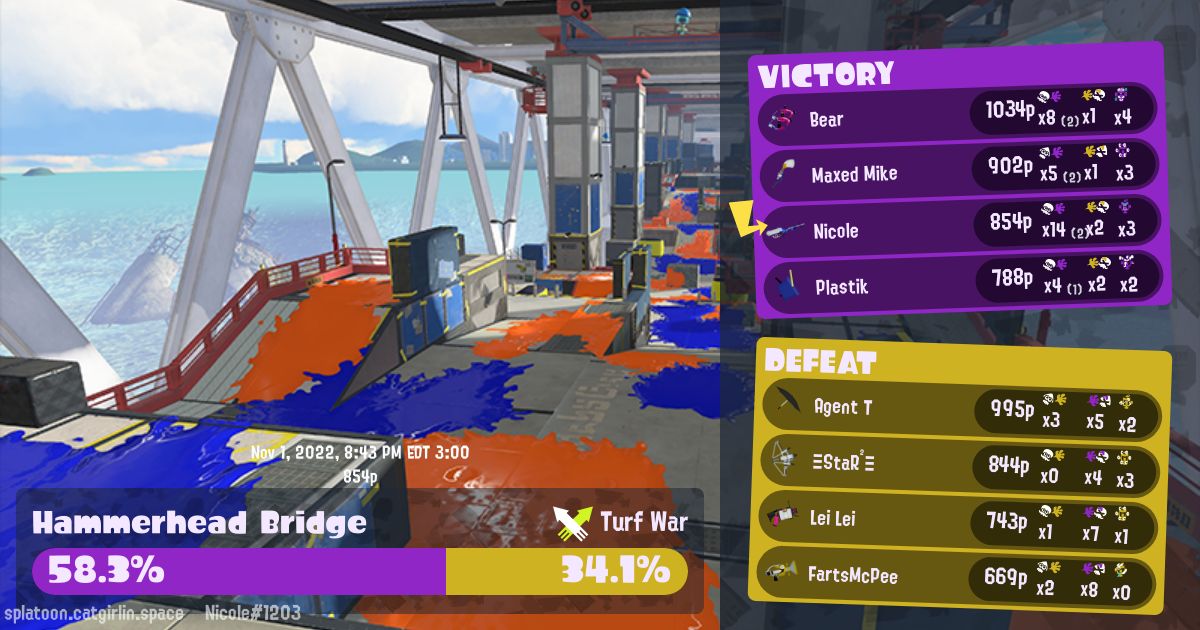 at build time, any assets from splatnet 3 are downloaded and uploaded to another backblaze b2 bucket. any links on the frontend are replaced by cdn links.

the site, asset bucket, and album bucket are behind bunny.net cdn. so far the performance seems pretty good and i like the service.

whenever new data is uploaded to the site, posts are made to my twitter and to my fediverse bot @splatoon3@catgirlin.space. this is done by a netlify function being ran after a new deploy. it checks for if there's any new data uploaded (to prevent commits from triggering a post) and then posts to twitter and to my akkoma instance. for stats on the export it just fetches a little json file that's generated at build time.

i'm not sure what exactly i'm going to do with this in the future. i'm definitely going to continue uploading my data, but as far as new features i'm not sure. i want to build something for deeper statistics i think, but i'm still not sure how. i've also thought about adding support for salmon run, but it's not a mode i really play a lot so it's been pretty low priority. i do occasionally save my salmon run jobs though so that they're ready for when i do implement it. 0 reposts
did you write a response to this? send a webmention!
0 replies